Submitted 9 years ago
Pilot lands plane using iPad after entire instrument panel/ inflight navigation system/ radio fails. - The navigation system on Raymond Cody's single-engine plane failed not long after take-off on Tuesday morning. - He was able to use his cellphone to speak to a TSA agent (who acts as a human radio interconnect with tower) at the airport, and an app on his iPad to track his flight path. (www.dailymail.co.uk) More... 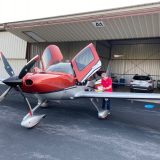 dmanuel 9 years ago 5
Something does not sound quite right with this. I have tested my cellphone in flight ( on the east coast and we must have way more towers than in western Colorado ) and I cannot keep a connection for a minute , yet he has one for half an hour! Why would he call TSA anyway? Where is the drama? Was he IMC? If so, follow your training and the FARs and land at the nearest facility (I bet he went past a lot of options in a Bonanza flying for 30 minutes) in VFR. If a TSA agent keeps you calm, your life must be highly unique.
Reply ↓•Permalink•Report

sparkie624 9 years ago 1
I agree.. Something is missing here...
Reply ↓•Permalink•Parent•Report

PhotoFinish 9 years ago 1
I've never myself ever had my cellphone on during the operation of Part 121 flights, nor have I ever sent a last minute text/email while taxing for departure, nor made a quick phone call upon arrival to get someone to pick me up, nor have I noticed that if one were to keep one's cell phone on, at many altitudes in many locations, the cell signal is actually quite strong. But I've heard that many others have frequently noticed all of these to be true.

I can assure you that this pilot was not at all concerned about this cell phone call interfering with his plane's navigation equipment.
Reply ↓•Permalink•Parent•Report

Gene spanos 9 years ago 3
The old stick and rudder....in this case....
Reply ↓•Permalink•Report 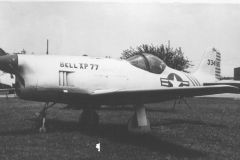 Pete Crawford 9 years ago 3
My idea of an even better headline would be "Pilot loses instrument panel, uses PAPER CHART to navigate, then lands at Grand Junction"

I have never been able to cell reception while I'm flying, not even in the pattern.
Reply ↓•Permalink•Report

Robert Gomez 9 years ago 2
Omg! The guy lost plane instrumentation after takeoff and literally flew the airplane in terrible VFR conditions using an ipad, and after all used his cell to report a radio failure! That's amazing. I'm speechless.
Reply ↓•Permalink•Report

preacher1 9 years ago 1
Me too! That would have scared me tp death!!!!!
Reply ↓•Permalink•Parent•Report

allench1 9 years ago 1
Hey Preach they are showing a Beech Bonanza that most likely has a G1000, Beech has had their share of quality control recently......so maybe something with the installation? Also it has steam gauges as back-up's... another story that is incomplete with appropriate data!
Reply ↓•Permalink•Parent•Report

preacher1 9 years ago 2
What gets me is the seeming panic ensued and it being VFR as well. Ain't they such a thing as a red/green light anymore? He either totally paniced or there is an untold story here. gotta go and make a quick run to town.ttyl
Reply ↓•Permalink•Parent•Report

The pilot was apparently comfortable flying the plane visually by stick, and just continued after losing all his electronics. I had read that the pilot had already made into his heading toward the destination airport and just maintained that heading after the malfunction.

He only called the airport to report that he'd be landing, given that his radiowas out. The number that popped up first was for the TSA office at the airport. Had the ACT number been readily available (I'm imagining he used an iPhone or some smart phone to do a quick search on the fly), he would've called the tower directly.

Apparently it was the TSA supervisor who used an iPad to track the plane and confirm the planes location for the pilot.

Still not sure why the TSA agent didn't have the tower call the pilot directly, but I guess the two of them got a chance to shoot the breeze, while the pilot completed his trip. The pilot seems very appreciative of the fellow's actions.
Reply ↓•Permalink•Report 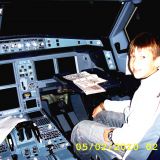 shawn white 9 years ago 1
You mean people can still find their way without gps and can still make VFR landings these days?
Reply ↓•Permalink•Report

sparkie624 9 years ago 2
I had a write up from a captain with his FMS/RNAV on MEL flying VOR Point to Point. His writeup stated: "Upon station crossing, both VOR NAV Needles go hard to the right, then hard to the left, and then back to center" This was a HIGH TIME Part 121 airline captain.. No I am not sure some can find their way with a GPS and VFR :)... He probably asked for ATC navigation help... And no, I did not make this up.
Reply ↓•Permalink•Parent•Report

[This poster has been suspended.]

No No No man thats how the I Pad saved his life :-) It has GPS lol How the heck did he get a PPL if he got that lost. And TSA on the phone WOW
Reply ↓•Permalink•Parent•Report

Cal Schreckenghaust 9 years ago 1
I might know what this is all about, I think there is an answer that covers every part of this story.....the pilot is an Apple salesman!!!!!! What do you think? LOL!!!!!
Reply ↓•Permalink•Report

dmanuel 9 years ago 1
Photo,
The point those of us in the aviation world are trying to make is there is no story here. Folks fly every day with no instruments, radios or cellphones. Heck, some folks fly in aircraft without electrical systems. There appears to be no weather related issues, So he could have followed the AIM procedures for NORDO and gotten a light gun signal from the tower. I am perplexed why someone driving a Bonanza, with an iPad did not think a backup handheld transceiver is a good idea to carry. There are too many descrepancies for this story to be credible (unless details are missing). I am not buying it as presented. I wonder if it would be a good idea for someone from the FSDO office to have a talk with the pilot to determine his currency to fly?
Reply ↓•Permalink•Report

PhotoFinish 9 years ago 1
Some pilots have a back-up portable radio, and could use it in such a case of losing their electronics. Apparently the man did not have one, or didn't have one with him. Otherwise he wouldn't have felt the need to call the airport.

There is some extra level of comfort in talking to a person beyond that of a light gun signal.

I don't question the man's skills as a pilot, one his decision to call ahead. In a world of pervasive cell coverage, who wants to land with a light gun signal alone when options are readily available.

I can understand that TSA agent's need to actually "do" something that makes him feel that his job is actually valuable.

The pilot cetainly didn't mind having a person to talk to, who was in radio communication with the tower.

Rolling the fire apparatus seems a bit much, but gave those guys something to do that day to break up the afternoon.


That the story had a happy ending, talks to the pilot's abilities. That he was able to competently fly with analog gauges alone, and come up with a creative communication solution, shows that he is able to deal with unexpected challenges.

Sometimes a feel-goid story with a happy result is just that. No need to be cynical about everything. There are enough other more legit reasons for cynicism in the world.
Reply ↓•Permalink•Parent•Report

PhotoFinish 9 years ago 1
The TSA agent used his radio to communicate with the tower and the fire apparatus, while on the phone with the pilot.

The ATC controller probably appreciated having the convenience of being able to communicate with the pilot normally via radio, without having to initiate or receive any phone calls, by havibg the the agent relay the communications on the phone (if the pilot wasn't hearing the tower directly through the agent's radio by speakerphone in the office).
Reply ↓•Permalink•Report

5342G 9 years ago 0
I have used my cell phone a couple of times, one to call a mechanic at a non-controlled airport to give us a gear down call after it appeared our nose gear was not
fully down on a retract. No problem on cell coverage. On another occasion we lost all
electrical on an IFR flight in and out of the clouds. Had the phone number for the associated tower/approach control and advised them of the situation via cell phone, broke out in the clear and proceeded the airport. Yes the old standby light gun signal worked as it should and we landed without incident. As a side note you can buy an adaptor for headsets that you can plug your cell phone in to.
Having flown a lot in western Colorado there are a lot of high mountains, you can bet your
last $ that the pilot was in VFR conditions or knew where VFR prevailed and flew accordingly.
If it were me and the electric system failed shortly after takeoff I would have proceeded back to the airport of departure and checked out the reason, could have been something serious. Also, if the pilot had foreflight or Garmin Pilot on the I-pad it lists airport
facility directories, i.e., phone numbers for ATC!
5342G
Reply ↓•Permalink•Report