10 वर्ष पहले प्रस्तुत
(Wall Street Journal) Google Inc.'s newest push into online travel has begun to roil the industry, the latest example of the company extending its market power into increasingly diverse aspects of economic life. Competitors say Google is abusing its power in Web search to gain sway over the $110 billion online travel business. Starting in December, Google began placing its new flight-search service atop general search results so that its own results appear prominently above links to major… (online.wsj.com) और अधिक...

Shawn S. Sullivan 10 वर्ष पहले 0
Just how Google ranks and displays searches has become a key question for modern commerce, where Google stands as a gatekeeper for buying decisions. Once content to simply produce search results, the 13-year-old company is increasingly getting into the guts of these markets, too, offering everything from online music to local coupons to mobile phones.
In many ways, Google is still learning how to balance the conflicting demands of being both search-arbiter and market competitor.
Last year, Google faced antitrust scrutiny from the Justice Department over its plans to acquire ITA Software Inc., the flight-data company that powers Google's new tool and some of its competitors, including Orbitz and Kayak Interactive Corp. Those sites opposed the Google-ITA transaction.
Google eventually made several concessions before the DOJ gave its final OK in April, agreeing to make travel data available to competitors. While Google wasn't required by the DOJ to link directly to the travel sites, it emphasized that it would "build tools that drive more traffic to airline and online travel agency sites." Competitors say that Google is now violating the spirit of that commitment.
Google acknowledges it has failed to make good on assurances it would link to the travel sites, but the company says it had no choice. "The airlines told us that they would not give us [travel data] if we provided booking links to" online travel agencies, Jeremy Wertheimer, ITA's founder and now a Google vice president, said at an online travel conference last month.
He added that Google still wants to include travel sites, and "we'll keep knocking on that door to see if things change." A Google spokesman declined further comment.
There is no sign consumers are being harmed by Google's new features.
Identical queries on Google and the major travel websites nearly always yield the same lowest fare. Microsoft's Bing, which has less than a quarter of Google's audience, also places its flight-search tool atop search results.
The Justice Department declined to comment.
Google's flight search is a boon to airlines that have long struggled to draw traffic away from online travel agencies, which charge airlines for bookings. Last year those sites handled $17.5 billion, or nearly a third of the flights booked online, according to travel research firm PhoCusWright.
It costs airlines more than $11 to process a booking made via online travel agencies, compared to less than $1 for one made on their own websites, said Henry Harteveldt, analyst at Atmosphere Research.
Google lists booking links to the airlines as advertisements, but the company declined to comment on how much money it makes from the arrangement.
American Airlines parent AMR Corp. requires other flight search engines that don't sell tickets, such as Kayak, to only include booking links directly to AA.com, cutting out online travel agencies. "We and consumers are both better off if we can lower our costs in order to offer lower fares," an AMR spokesman said.
The world's biggest carriers by traffic, United Continental Holdings Inc. and Delta Air Lines Inc., declined to comment. Airlines for America, the trade organization of U.S. airlines, also declined to comment.
Robert Birge, Kayak's chief marketing officer, said that though Google may not be breaking the law, the company is still breaking its promise to link to travel sites.
"It's concerning that they said that during a government investigation as a core argument and then just sort of ignored it," he said. "It would be nice to have a company that holds itself up as a light of corporate morality to actually stand by what they say."
Earlier this year Google attempted to weed out "low quality" websites from the top of search-results pages. Scores of sites began howling that Google discriminated against them, while others praised Google for improving results.
Google executives have long stated that search engine changes are done for users' benefit, not to punish specific websites. In talks with regulators and lawmakers, Google has often pointed to a federal court ruling in 2003 that stated that Google's search results are "opinions" and are "entitled to full constitutional protection."
Carroll Rheem, research director at PhoCusWright, said travel websites "should be rightfully concerned" by Google's entrance into the market.
She said that online travel agencies are partly protected because hotels produce most of their revenue. Google poses the biggest threat to sites like Kayak that don't sell tickets, Ms. Rheem said.
Kayak filed documents for an initial public offering last year but has yet to sell shares. Industry analysts say that head-to-head competition from Google could scuttle the IPO.
Mr. Birge, of Kayak, said Google has shown it has an "explicit policy to intercept general search queries with their products," and therefore, "their argument that they're not engaging in anticompetitive practices doesn't hold up to basic logic."
The Federal Trade Commission has been investigating Google's practices for the past six months. In mid-December, leaders of the Senate's antitrust subcommittee urged the FTC to investigate further, raising questions whether Google could remain an "unbiased" search engine while owning products such as its flight-search tool, "from which the company derives substantial advertising revenues."
In a written response to the committee last month, Google Chairman Eric Schmidt defended Google products' placement, saying the company's fundamental goal is "to connect users to the information they seek," and thus for many searches, the company aims to provide answers rather than just links.
Google's tool is still imperfect. It only searches domestic flights. Google said it is working to add international ones, and ultimately, it aims to trigger the tool with searches such as "flights to somewhere sunny for under $500 in January."
उत्तर ↓•पर्मालिंक•Report 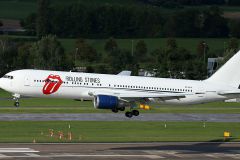 jhakunti 10 वर्ष पहले 0
I don't see what the problem is with google posting flight searches. This entitlement to the industry by kayak, orbitz, travelocity, etc is disgusting.


Allow google to post flights because this monopoly-esque control over airlines by sabre is lame considering how much they charge with their backward ass decrepit technology. Allowing google into this marketplace will only help consumers by decreasing the costs airlines pay to use these systems.
उत्तर ↓•पर्मालिंक•Report