Video: Livin’ the Dream! A Day in the Life of an Airline Pilot

7 वर्ष पहले प्रस्तुत
Captain Eric Auxier, who also happens to be a writer and blogger, produced a great video detailing a day in the life of an airline pilot. From wake up call to shutdown checklist, Auxier illustrates not only what he does before and after a flight (with some added humor along the way), but also what happens when his airbus A319 is cruising along at 32,000 feet. (airchive.com) और अधिक...

Muriel H. Dandurand 7 वर्ष पहले 6
Loved the video. My eldest son has been an American Airline pilot for lo these many years. When he calls, my first words are "Where are you?" It could be any part of the country, Canada or Mexico. The video shows me the processes that go into a pilot's day while flying. Interesting video. Thank you.
उत्तर ↓•पर्मालिंक•Report

Michael Fuquay 7 वर्ष पहले 1
And according to the video, who knows how many grandkids you have ;)
उत्तर ↓•पर्मालिंक•Parent•Report

Muriel H. Dandurand 7 वर्ष पहले 6
Hi Michael, I don't know if you mean me but I am the little, old lady who wrote about my son, the pilot. Just for the record, I had eight children, have 18 grandchildren, 19 great grandchildren with the 20th to be born in August and one ( so far) great-great grandchild. Have a great day. Muriel D.
उत्तर ↓•पर्मालिंक•Parent•Report

I hope that if anyone takes anything away from this video, it is at the very least, the utter 'commonality' of it. What I mean by that is...we pilots are only Humans, with a particular skill. Yes, it is a skill to be considered very specific, with a LOT of hard work behind it.

But, it is a skill that CAN be attainable, by many people. Just a matter of applying oneself.
उत्तर ↓•पर्मालिंक•Parent•Report 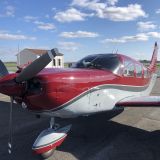 Musketeer1 7 वर्ष पहले 3
I want to see a regional airline pilot version of this. He wakes up in a crash pad and steps on a stranger getting out of bed. He can't shower because there is a line 4 deep. He then fields a call on the way to the airport from one of his student loan lenders asking for immediate payments, followed by a freshman from his college soliciting a donation beyond the 150 grand of business he's already given them. He finally hops on board a jet that's just as complicated after completing all of the exact same procedures, only to collect about 20% of the paycheck at the end of the day. The video will end the same way, on a push lawnmower, but our regional friend will be doing it for additional income, not as a honey-do!
उत्तर ↓•पर्मालिंक•Report

Muriel H. Dandurand 7 वर्ष पहले 2
Musketeer is 100% right about the life of a commuter pilot. It is no stroll in the park but most usually it is a matter of "paying his or her dues" on the way to the wide bodies. I know of where I speak because my eldest son did just that. Finally he could afford steak instead of Ramen noodles, but the climb was fraught with money troubles and all that entails. There sure was no romance in that hippity-hop work for Rinky Dink Airlines, but now he is a "gray beard" and will retire in less than five years. He was helped in his climb by the G.I. Bill after serving as a paratrooper in the 82nd Airborne, Viet Nam era. I hope the up and coming bright young pilots will keep their eyes on the prize for which they all yearn and achieve working for the top of the line outfits.
उत्तर ↓•पर्मालिंक•Parent•Report

Tim Duggan 7 वर्ष पहले 1
Muriel....yes, that was 'then'....I too went that route to the career with a major airline. My concern is that those in the current "commuter/feeder" type of environment that exists today, where the major airlines add their names to the Regionals that they have sub-contracted?

There is this concept, in pilot collective bargaining contracts, of "Scope". The airlines have have gotten away with using the "they are just building time at the feeder/commuter" gambit for far too long.

Hard to explain here...your son likely knows exactly what I'm trying to express. "Scope" clauses in Mainline airline pilot contracts are designed to ensure that certain sizes of airplanes used by that airline are covered BY the CBA. (Collective Bargaining Agreement). The point in this industry was reached a while back, where the "commuter/feeder" companies are operating equipment that is AS sophisticated as those at the Mainline airline.

CBAs need to be expanded, to properly cover ALL pilots.
उत्तर ↓•पर्मालिंक•Parent•Report

PhotoFinish 7 वर्ष पहले 1
That would take away any possible benefit from having separate companies.

The greater prominence of regional airlines as part of major airlines' networks is in part due to the competitiveness of LCCs which have lower cost structures on short haul flying.

The more unprofitable CBAs make regional flying, as an integral component of the airlines' structure, it just makes the majors less competitive (as compared to LCCs).

This undermines the financial solvency of the regionals and mainline airlines dependent on these regionals for feeder traffic. As such it also undermines job security for all involved.

Major airlines have been in and out of bankruptcy. In contrast, the best LCCs haven't needed bankruptcy, have had more consistent profits, faster growth, and greater rates of hiring.

I'm CBAs that interfere even more with the operations and profitability of mainline airlines and their regional affiliates, will mostly succeed in helping the competitiveness of the competitors.
उत्तर ↓•पर्मालिंक•Parent•Report

Muriel H. Dandurand 7 वर्ष पहले 1
Thank you Tim for your very intelligent reply about the commuter pilots. Indeed my son knew about this and understands the negatives of Scope as you do.
I read all your posts and always enjoy reading important facts about flying. I just love all things flying and through my good son I have flown a good deal. I remember my boy stationing me at the Minneapolis airport where I could watch the big birds fly over me when there was a push.
Lastly, I commend you on the years of dedication that you gave to your vocation. You sound like the kind of pilot I would feel safe with were you to be piloting a flight I was on. Timothy Duggan? Would you happen to be a fellow celt? My best to you.
उत्तर ↓•पर्मालिंक•Parent•Report

QUOTE: "Would you happen to be a fellow celt?"

Likely!! I do know that the many layovers in Dublin were some of my favorite experiences.
उत्तर ↓•पर्मालिंक•Parent•Report

Tim Duggan 7 वर्ष पहले 3
Oh, dear. I know I always check the weather while still in the hotel room (?) That's real dedication, I tells ya! I see he avoided a copyright fight with Jeppesen, when showing the IFR Plates in the video...good idea.


So, after all these years, USAir still hasn't re-painted the old America West paint scheme on all of their jets? Management must have been "psychic", knowing that it would be different again anyway in a few years.

Chris LePage 7 वर्ष पहले 3
Tim, US Airways decided years ago to display our heritage by maintaining the original paint schemes of all the carriers we are comprised of and yes we plan to keep one in the American Airlines "AA" colors as well. Those paint schemes you may see on occasion are Piedmont, Allegheny, PSA, and both the old and the later versions of AWA.
उत्तर ↓•पर्मालिंक•Parent•Report

But point is, the apparent location of the aureola will depend on the POV of the viewer's eyes...or in this case, the camera lens.

So, if you're in the cockpit, with the Sun at your back, you will see the "halo" around your point-of-view location, regardless.

If you took the picture from a window in the cabin, then the "halo" would center on that location.
उत्तर ↓•पर्मालिंक•Parent•Report

RECOR10 7 वर्ष पहले 4
Darn you Tim....I was HAPPY with the thought that it was an add happenstance mystical fluke...then you have to come in with science and facts...next you will tell me that the Easter Bunny was really my parents.
उत्तर ↓•पर्मालिंक•Parent•Report

Maurice Stander 7 वर्ष पहले 2
Good production. Keep up the great work. Best PR. I think they should give you a grant.
उत्तर ↓•पर्मालिंक•Report 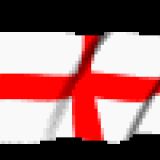 Keith Arnold 7 वर्ष पहले 2
What are all of those pills that he is taking?
उत्तर ↓•पर्मालिंक•Report

Jim Anderson 7 वर्ष पहले -1
THE NUMBER OF PILLS BUGS ME ! are they actually vitamins?
उत्तर ↓•पर्मालिंक•Parent•Report

Jeff Keller 7 वर्ष पहले 2
What fun! Was always a dream as a kid, but the closest I got was a Private Certificate at 37. Had an uncle who was a Captain for United, and he was the inspiration. Thanks for the ride!
उत्तर ↓•पर्मालिंक•Report

Jim Anderson 7 वर्ष पहले 1
THE NUMBER OF PILLS BUGS ME ! are they actually vitamins?
उत्तर ↓•पर्मालिंक•Report

Answer: Yes. (Although, many people realize nowadays that spending money on vitamin supplements is really a waste. because, most of it is excreted AS waste).
उत्तर ↓•पर्मालिंक•Parent•Report

PhotoFinish 7 वर्ष पहले 1
It's videos like this that keeps them lining up for poverty wages at the regionals, with the hope to trade up some day.
उत्तर ↓•पर्मालिंक•Report

Ant Miraa 7 वर्ष पहले 4
I don't like how the plane calls you a retard lol. Boeing just writes in in text
उत्तर ↓•पर्मालिंक•Parent•Report