Jim Quinn2 वर्ष पहले
Very nice, Jeroen! I especially like the distortion of the sun by the engine exhaust...
Report 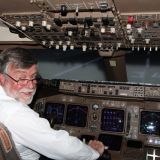 Geoffrey PEARSON2 वर्ष पहले
And the "Queen of the Skies" flies off into the sunset.....
Someone ought to write a book about the 747 so this shot can go on the cover.
Report

Alan Hume2 वर्ष पहले
Looking at those flaps, its angle of attack and its position over the runway threshold I'd suggest it is landing rather than "flying off into the sunset" Geoffrey. But a nice poetic analogy anyway!
Report

Geoffrey PEARSON2 वर्ष पहले
Sorry Alan, not convinced I can see the threshold from where I'm sitting.
Flap setting for a 747-400 taking off is 10 or 20, landing is 25 or 30.
You can see the gap between the flap panels and the wings but if the aircraft was landing, I would expect to see the gap between the flap panels themselves as well due to the greater extension on landing.
The curl of the wings suggests to me this bird is still heavy, so probably at the start of a flight rather than the end.
Jim noticed the distortion of the sun from the engine exhaust so the engines appear to be pushing hard. The aircraft appears to be about 20-30 feet above the runway so I would have the thrust levers retarded before now if landing and I would not expect to see such a distinct jet through the view of the sun.
So, a conservative take off or a landing? Only Jeroen can be sure.
I still reckon it would make a good cover photo for a book on the 747 era.
Report 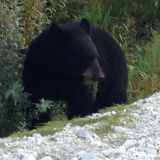 Jeroen StroesPhoto Uploader2 वर्ष पहले
THIS IS A LANDING 747 AT AMSTERDAM SCHIPHOL AT RWY 06! ARRIVING FROM HATO
Report