Submitted about a year ago

A US Army Chinook, rotors turning, waits until a USAF C-17 Globemaster takes off behind it on Runway 16L before beginning to taxi to Runway 25 to make its own departure from RNO.

Gary SchenauerPhoto Uploaderabout a year ago
Original (Full Sized edit) of this photo available to any crewperson of either of these military aircraft upon written request to OldeCarl@gmail.com
* To all "Photo Share List" members ... I'll be e/mailing the original full size edit to you.*
Report

Dave Sheehyabout a year ago
5* X 5* Gary, and thanks for the photo share!
Report

Darryl Sarnoabout a year ago
Another great photo Gary! All 5 my friend!
Report

Robert Oldershawabout a year ago
Perfect timing as it lifts off. And great composition with the Chinook in the foreground.
Report

marylou andersonabout a year ago
Thank you Gary for taking the time to get this pic.
of our many working Military flight line personnel.
Many Thanks.
Report 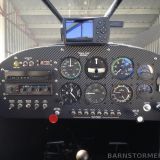 dicky11about a year ago
Thanks Gary, Wow those hills are turning "green"
Report

Gary SchenauerPhoto Uploaderabout a year ago
Dave, Darryl, & Uwe ... TY again, guys. Hey, Uwe, I received those great pics. Watch for a reply from me.
Robert & Paul ... Hi, and many Thanks to both of you. I very much appreciate your kind comments.
Dicky11 ... They are green, but they won't stay that way very long. When the snow melts, the moisture seeps in to the ground but only a few inches. The sage and other vegetation on the hills is very shallow-rooted. So it gets green, but the ground dries out quickly and the vegetation turns yellow. And stays yellow. But in THIS particular pic, there is a second "reason" it looks so "green." I was experimenting with my camera. It has a Feature (a setting) that allows the photog to specify one color to be "highlighted' in pics that are taken. To practice using that feature, I had specified "green" because I wanted to be sure the Army Chinook showed up in its actual color. I had not even given any thought to the hills in the background. Well, the camera did "highlight" the color green. So the green in the hills is a bit more "green" than it actually was. BUT, right now, the hills ARE green.
Marylou ... I notice you have commented again. First, let me say I am thinking it is I who should be Thanking You. I'm really thinking you have some connection to the military. And in that regard, let me make this offer ....
There is a small group of us who are FA members who share between ourselves via e/mail. I have a fairly short list that I send pics to. ** I send to each person individually via separate e/mails - no "group sends." And of the few names on that list, two of them are only interested in receiving military aircraft photos. Now, I don't "bomb" them with pics, but I do send two or three each month - and - as I said, to each in separate e/mails. I don't really know if they keep them or just look and delete, and either way is fine by me. Anyway, my point is ... if you would enjoy getting occasional pics of military metal (either of ANY of the 6 military branches OR of just NAVY or just MARINES or just COAST GUARD, etc.), send an e/m to OldeCarl@gmail.com. The first reply from me will not contain a pic, but it will tell you to watch for an e/mail from another gmail address. Just thought I'd offer .... (Tip of my cap)
Report

john cookabout a year ago
Gary what are you doing at ground level?
Good shot.
Looks like we'll be at Red Rock this year.
How about you?
Report

skylab72about a year ago
Wow, another one out of the park! The "green" setting really did make the Hook pop. I love those birds, they have long been my favorite Frank Piasecki creation. Even before they repeatedly pulled me and my bird out of the muck. Then the SWA 737s on the other side balance the frame so beautifully. Kudos!
Report